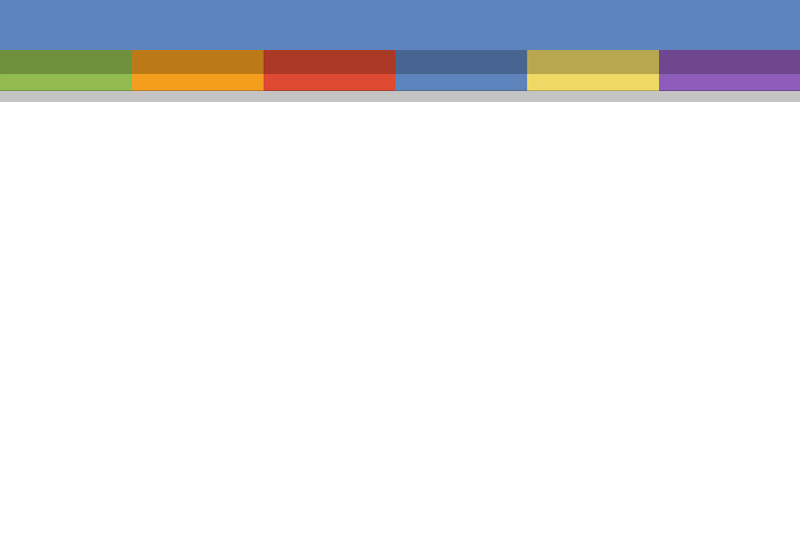 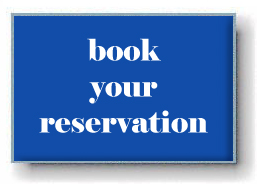 Third Street At Night
Niagara Falls State Park
Whirlpool
Observation Tower
Cave of the Winds
NIAGARA FALLS STATE PARK
The state park is open year round.  The Falls are illuminated at night and there are fireworks displays during the summer season and winter holidays.  For specifics on hours and attractions available click on: www.niagarafallsstatepark.com
Besides the falls themselves the following attractions are available:

Cave of the Winds

Maid of the Mist

Niagara Gorge Trail System (including Niagara Gorge, Whirlpool, and Devil’s Hole) *
* Open year round
The best deal is the Passport to the Falls. The Niagara USA Discovery Pass is your ticket to the following Niagara Falls State Park attractions:
·

The Cave of the Winds
·

The Maid of the Mist
·

Niagara Scenic Trolley
In addition, receive discount coupons for more fun in the park as well as regional attractions including:
·

Top of the Falls Restaurant
·

Fashion Outlets of Niagara Falls USA
THE NIAGARA FALLS PUBLIC LIBRARY
Open year round.
http://www.niagarafallspubliclib.org/
Besides the library building itself the Niagara History Department is housed in the building.  Throughout the year there are various exhibits is on second floor of the Main Library at Portage and Main Streets.
THE SENECA NIAGARA CASINO
Never closes. There are restaurants in the Casino and the hotel.
www.senecaniagaracasino.com
PINE AVENUE AND LITTLE ITALY
A beautiful archway depicting the ethnicity of the area, welcomes you to Little Italy on Pine Street.  The street is full of  famous eateries and bars.  Mid-way down Pine Avenue is the City Market, where on Mondays, Wednesday and Fridays there is a local farmer’s market, selling the produce of the region.  During the summer, there are free concerts at Columbus Park at 15th & Pine on Thursdays.
THIRD STREET ENTERTAINMENT DISTRICT
There are restaurants, bars and nightclubs. 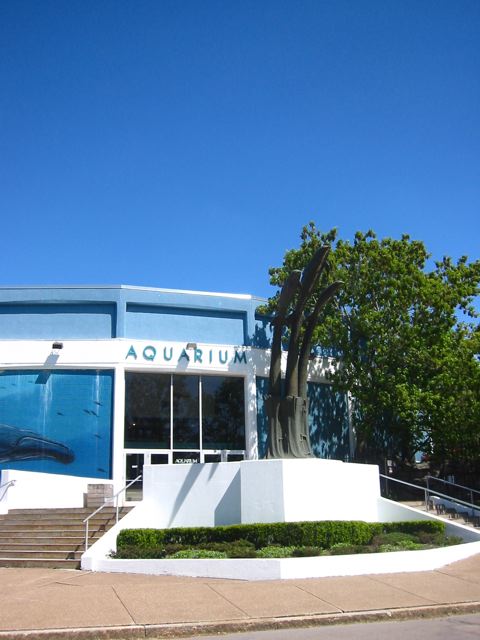 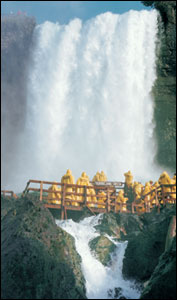 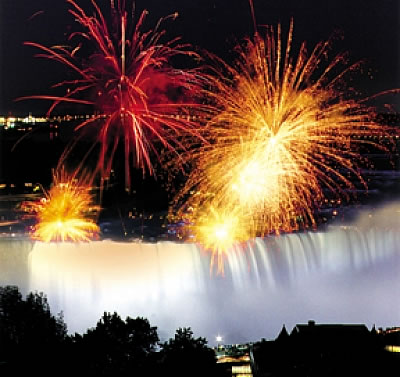 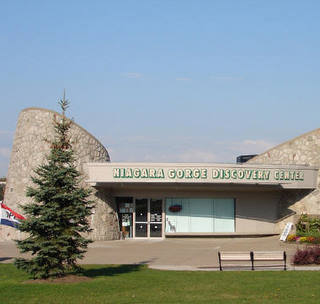